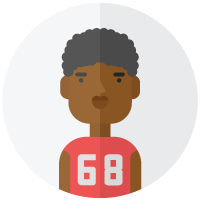 About a year ago, I started working really hard to get my family more active. We started spending a lot of time going through and enjoying community activities, and it was really fun to see how much better our lives were. I could tell that all of us were losing weight, having more fun, and really living it up. I felt great, and I could tell that I was becoming a better parent because of things like community sports and recreation programs. This blog is all about getting out there, having a great time, and really enjoying your life with the help of physical activity.

There are many reasons why you may need to conside …

If you run a child-focused business such as a dayc …

A hands-on approach can be used to inspire childre …

While the right capacity and storage options make …

If you have never been fly fishing, then a guided …

If you're left-handed, you'll often find that some everyday objects are challenging to use because they're designed for right-handed individuals. Some pairs of scissors, for example, are more comfortable in the right hand — meaning that you either face discomfort when using them with your left hand or some degree of difficulty to use your right hand. When it comes to using a hunting rifle, you'll generally find that most rifles are designed for those who are right-handed. It's even possible that you might have learned to hunt with such a firearm. If you're shopping for a new rifle, look for a left-handed model. Here are some things to like about it.

When you need to work the bolt on a hunting rifle, you'll generally keep your front hand in place while you remove your back hand from the stock to grab the bolt. If you're a left-handed hunter who is using a gun designed for right-handed people, this task can be challenging. Because you're likely using the gun with your right hand forward, this will mean that the bolt is close to your face, rather than on the opposite side. The result is that working the bolt quickly and easily is awkward. With a left-handed rifle, the bolt will be on the opposite side of the gun, making using it more natural.

Although the stocks of some hunting rifles are ambidextrous, you'll occasionally come across a firearm that has a stock designed for right-handed people. While you might be able to handle the gun as a left-handed person, it may not be nearly as comfortable as you'd like. For example, the shape of the stock might put excess pressure on certain parts of your back hand, perhaps leading to a blister. When you buy a left-handed rifle, you'll find that that stock is ergonomically shaped to support how you handle it.

To learn more, contact a company that sells hunting rifles.